Every year, the PEI Fall Flavours Festival invites some of the nation’s most well-respected, well-known, and passionate chefs to join us on Canada’s Food Island for our Signature Events and Taste of Coastal Community Events.  We love welcoming back Festival favourites and immersing new talents into the magic that makes the Festival such a highly-acclaimed event in the cheffing world!

Without further ado, we’re pleased to present our 2019 celebrity chefs! 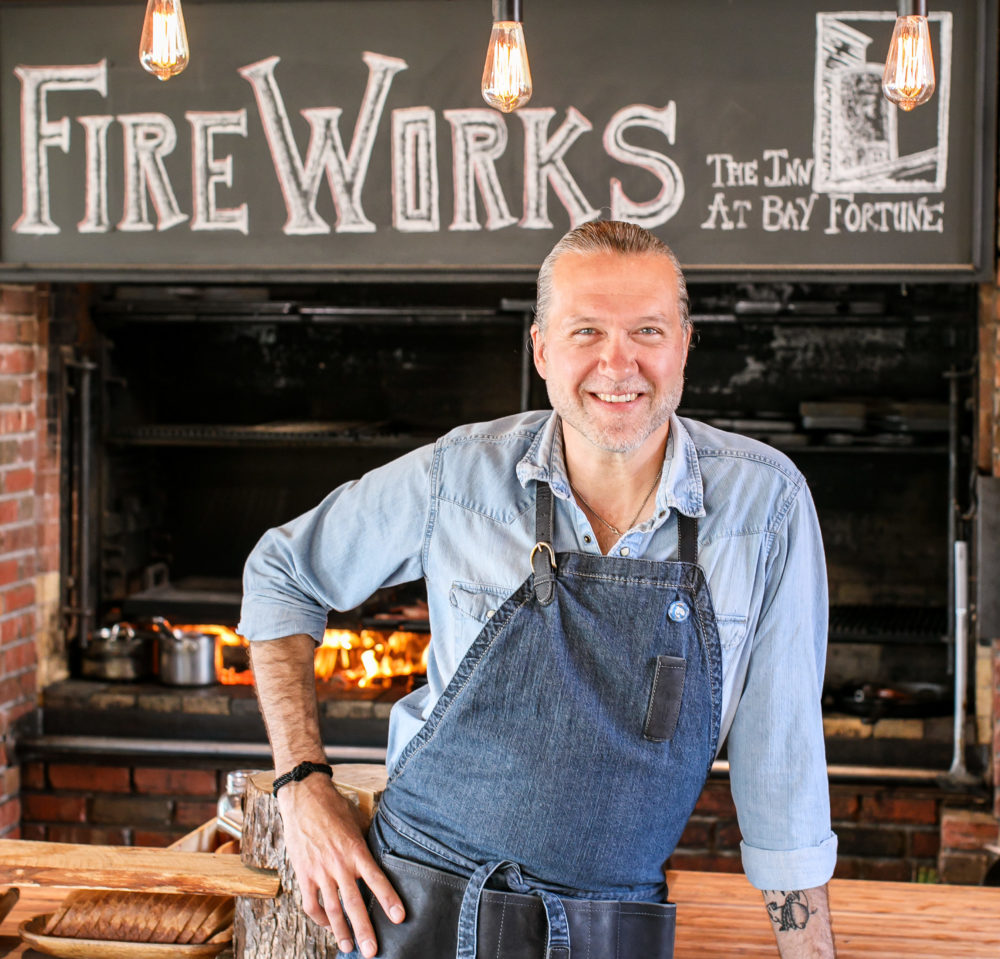 PEI’s food ambassador, Chef Michael has been an integral part of the PEI Fall Flavours Festival since its inception in 2008. He is one of Canada’s best-known chefs and a passionate advocate for simple, sustainable home cooking. He’s hosted three Food Network shows and along with his wife, Chastity, now owns and operates The Inn at Bay Fortune, which offers an innovative dining experience, FireWorks, and boasts its own culinary farm.

As a full-time resident of PEI, Chef Michael has deep understanding of what makes PEI such a special food destination and had this to say about it:

“Authenticity. We are seriously blessed on our little island. Our farmers, fisherfolk and culinary artisans craft impeccable products from impeccable products. That essential collaboration underlies the festival and makes us one of the world’s great culinary destinations.”

You can catch up with Chef Michael at any of the FIVE events he’s hosting: 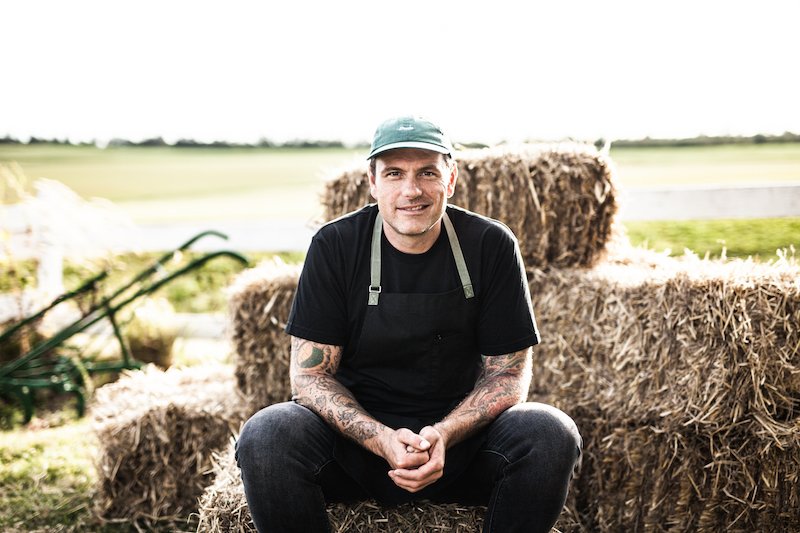 Chuck Hughes’s love affair with PEI began in 2013, when he first joined the Festival. Since then discovered the magic of canned bar clams eaten straight from the jar, brought his family here on vacation, and hosted several Festival events. Last year he even decided to create his very own Fall Flavours event, Chuck & Friends, which he hosted alongside some of many Island friends he’s made over the years.  Chuck is the co-owner and executive chef of Montreal hot-spot, Garde Manger and Le Bremner. He also stars in several Food Network Canada shows including Chuck’s Day Off, Chuck’s Week Off and Chuck & Danny’s Road Trip.

Chuck loves exploring the Island every year and shared these tips for visitors to PEI and the Fall Flavours Festival:   “Charlottetown is great, but get out of the capital and explore. Stop in at all the local restaurants and shops you run in to. Speak to the locals as they can have great food recommendations. Luckily September is one of the best times of the year to be in PEI, the weather is beautiful and there are less tourists than in the summer – so just get in a car and go.”

You can hang out with Chuck Hughes at: 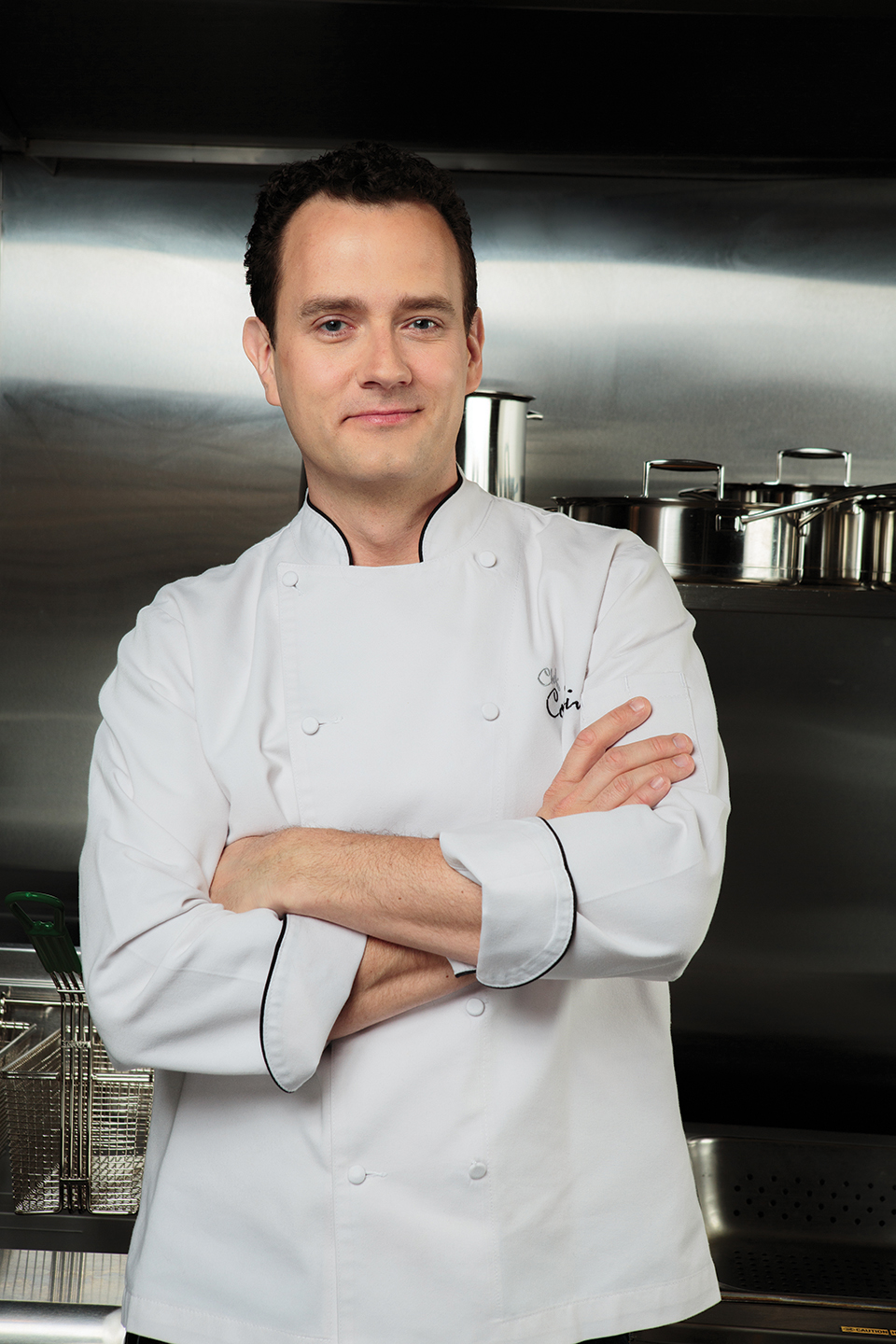 Since joining the Festival 8 years ago, Chef Corbin Tomaszeskihas become well-known as the consummate host, and strives to keep the focus on food and the shared joy it brings.

Chef Corbin had this to say about why he loves being part of the Fall Flavours Festival: “The incredible hospitality, paired with the incredible food product and producers. Collaborating with PEI on one of the best food festivals is…always an amazing time.” 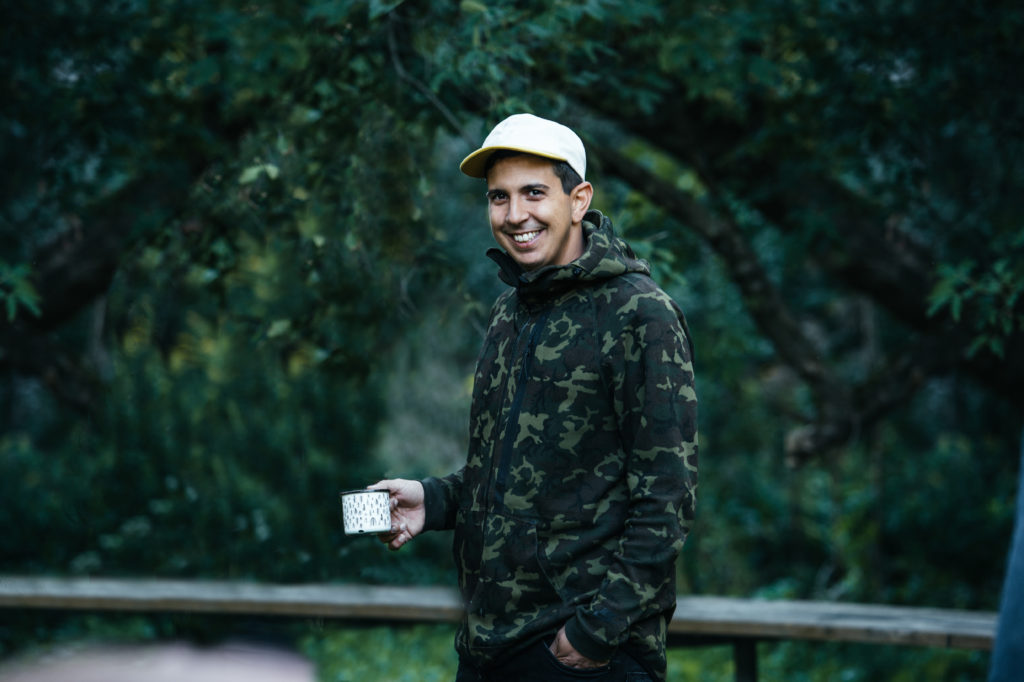 Chef Danny returns to the Festival for the third time in 2019 to kick things off with Le Festin acadian avec homard. Chef Smiles’ kitchen career began at his parents’ small hotel in Montreal. His greatest challenge and inspiration has been working under Chuck Hughes at Restaurant Le Bremner. As the Chef de Cuisine, Danny is constantly pushing his creative limits, and he is always excited when he has the chance to work with fish and seafood and is always excited to visit Canada’s Food Island! 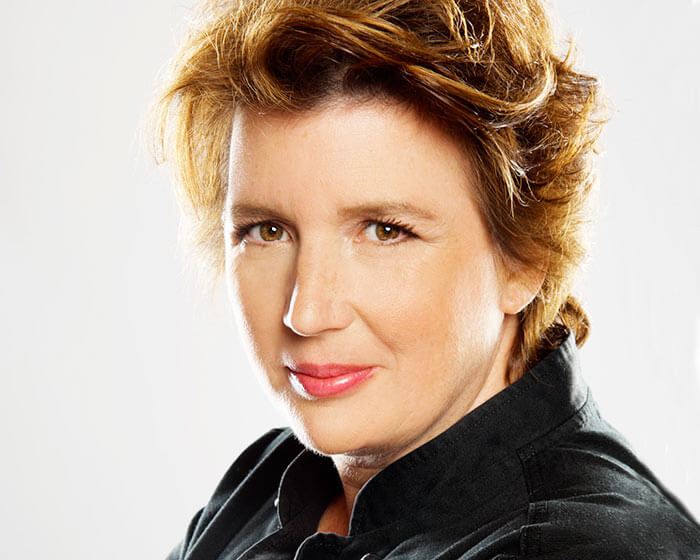 Chef Lynn has been with the Festival since 2013 and is a fan favourite at the PEI International Shellfish Festival, which she will co-host this year, along with Chef Michael Smith.

A Food Network celebrity chef and celebrated cookbook author, Lynn has over 25 years of culinary experience. She is the chef-owner of Ruby WatchCo, a highly-acclaimed, market-driven restaurant in Toronto’s East End, and the star of Food Network Canada shows Pitchin’ In and The Great Canadian Cookbook.

For Chef Lynn, it’s the combination of food and talent that make the Festival such a great experience: “Apart from the incredibly fresh seafood and access to the best ingredients, I love being counted as part of the exceptional talent – nationally- renowned chefs and local talent – that attends this event.”

Dive into shellfish and potatoes with Chef Lynn at: 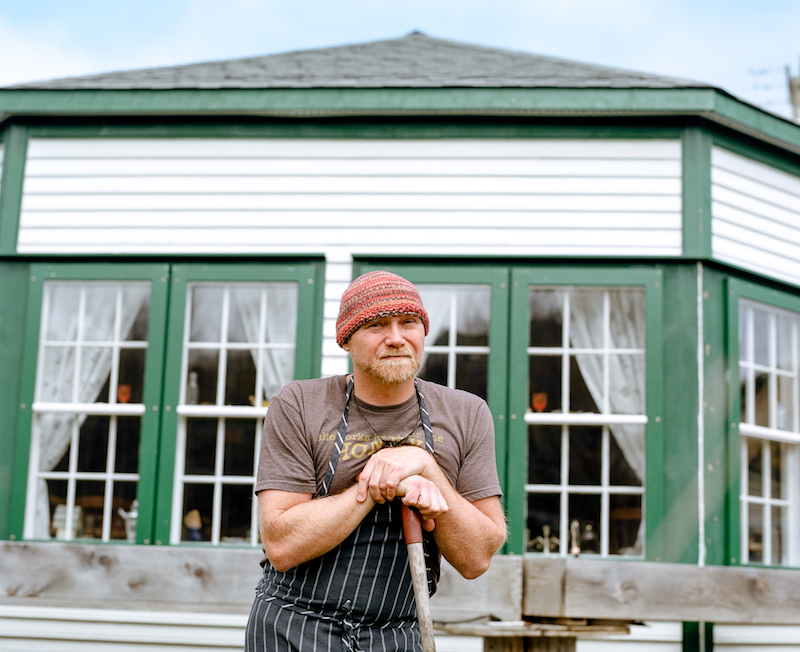 A graduate of PEI’s Culinary Institute of Canada, Todd has been a patron of the Festival for several years and first came on as a contributing chef in 2018. This year he returns to host his first Signature Event, The Ultimate Chef’s Table with Todd Perrin.

Canadian foodies know him best as the burly, larger-than-life Newfoundlander who from the first season of Food Network Canada’s hit series Top Chef Canada and a contestant in the first Top Chef Canada All-Stars. Todd is also the Executive Chef and Co- owner of Mallard Cottage, in Quidi Vidi Village, St. John’s.

As a Newfoundlander, Chef Todd has a special appreciation for what makes PEI’s food scene so unique: “I think it’s the sense of community.  A small island with such a big food/agricultural footprint makes an impact on someone from Newfoundland. The collaboration and cooperation amongst the food community on PEI to promote Canada’s Food Island is impressive.” 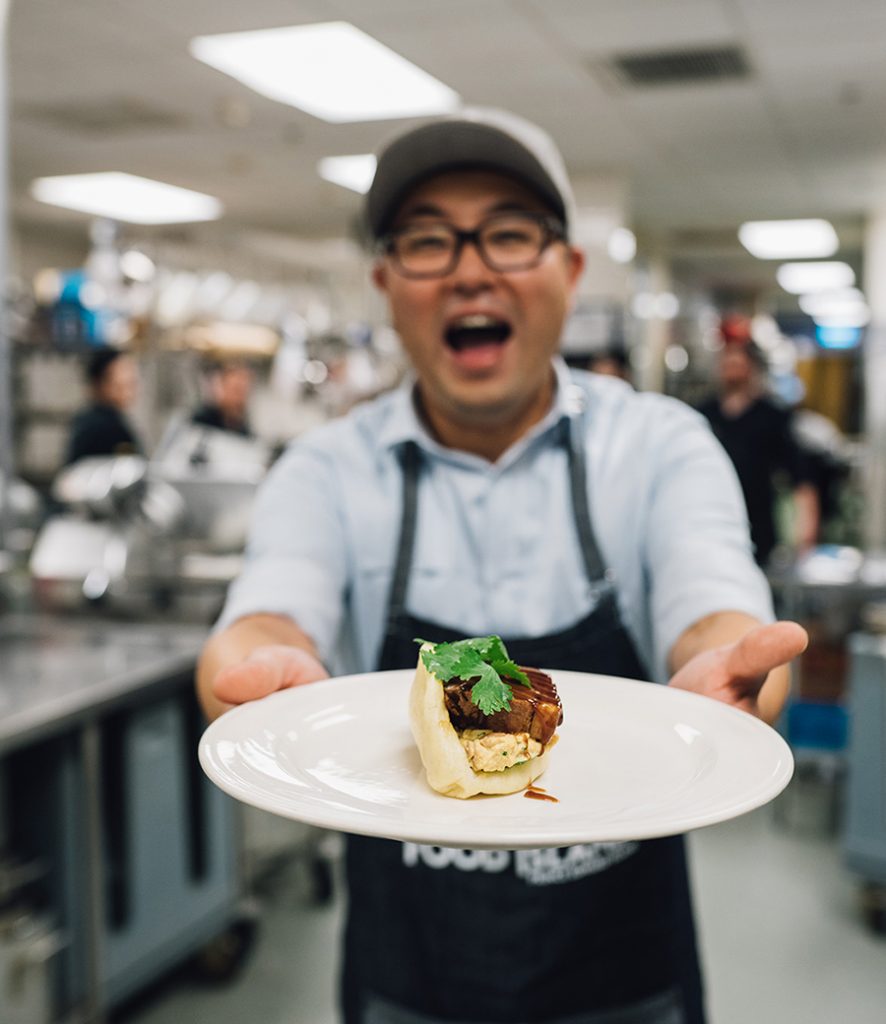 Antonio made his Festival debut in 2018 and returns in 2019 to host his first Signature Event, By the Water, Under the Harvest Moon, alongside his friend, Chef Angus An of Vancouver, and PEI’s 2018 Chic Chef of the year,  Chef Jesse MacDonald.

Chef Antonio Park’s tutelage as a world-renowned chef started in his mother’s South Korean kitchen in Argentina/Paraguay, where farm-to-table cooking became his raison d’être. Park runs one of Montreal’s most revered restaurants, Restaurant PARK, where he presents the purity of Japanese sushi emboldened with South Korean and South American flavours.

When asked what he thinks makes PEI’s local foodscape unique and special, Chef Park cited the dedication and love that local chefs and cooks have for the Island. 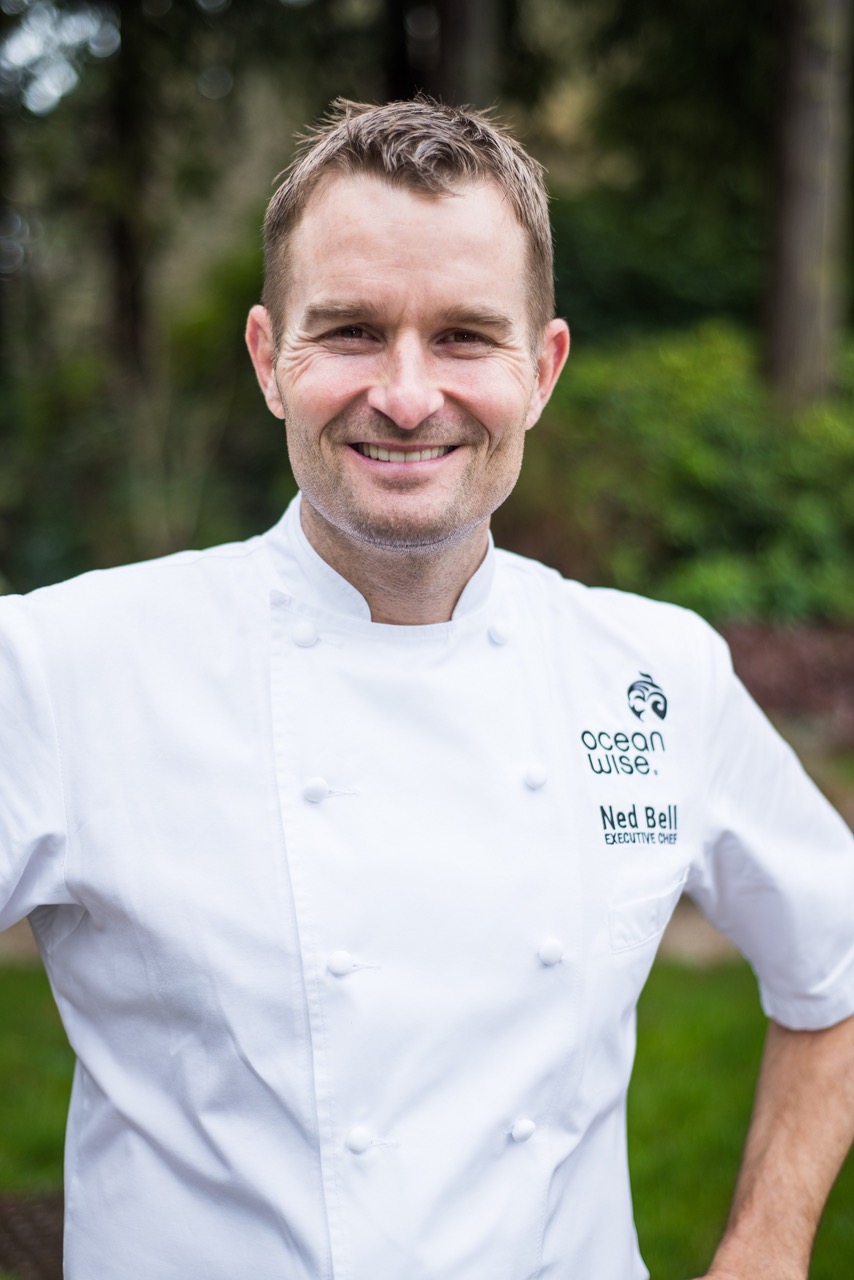 Vancouver-based Chef Ned Bell is excited to be heading to the East Coast for his debut at the Fall Flavours Festival, where he’s hosting An Exclusive Evening at Red Shores with Chef Ned Bell, alongside Red Shores’ Executive Chef Andrew Smith.

Founder of Chefs for Oceans, the Ocean Wise Executive Chef, Culinary Director of The Vancouver Club, and author of the bestseller – Lure: Sustainable Seafood Recipes from the West Coast, Chef Ned has an unbridled passion for healthy waterways and seafood stewardship. He is inspired and passionate about crafting dishes that lean heavily on plant-based, nutrient-dense ingredients with an emphasis on sustainable seafood. He’s looking forward to bringing some of his favourite ingredients from the West Coast to the Festival and pairing them with some of PEI’s best ingredients from the land and sea at An Exclusive Evening at Red Shores with Chef Ned Bell. 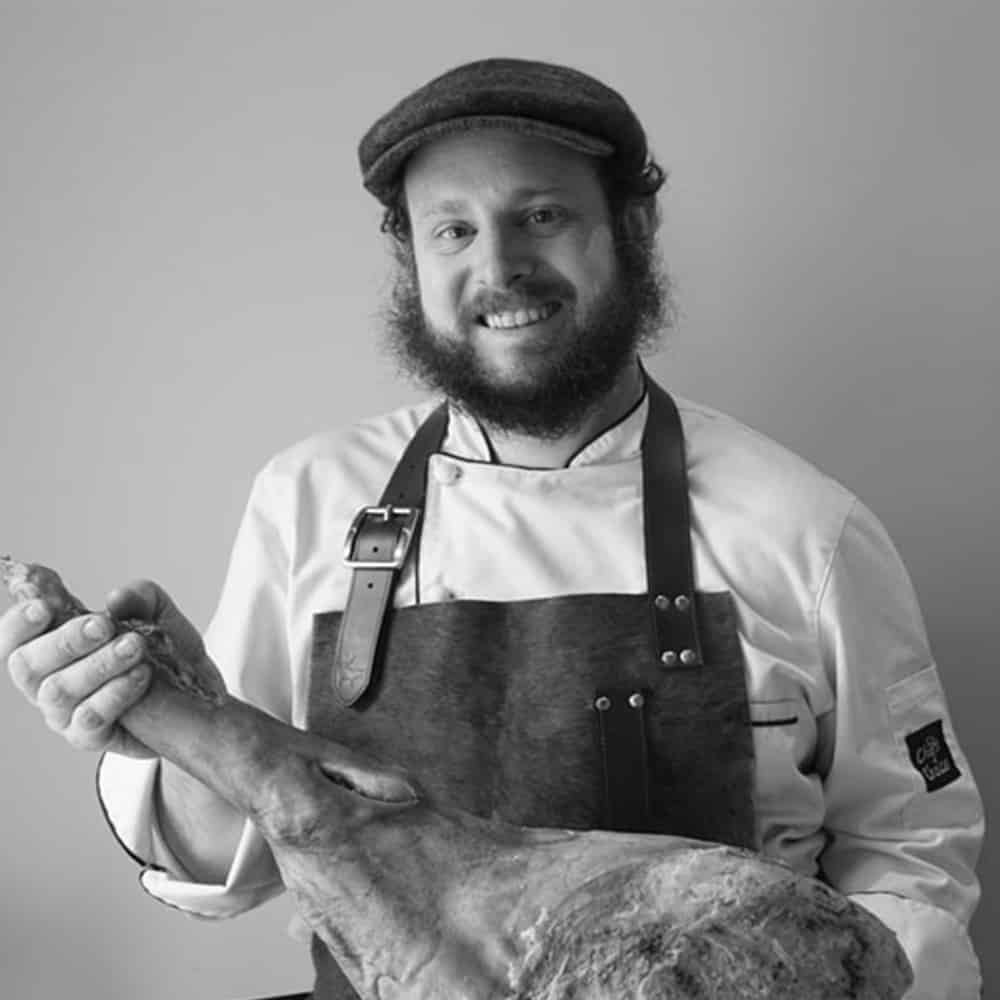 From one popular Canadian tourist destination to another, Chef Ryan Crawford will be heading to PEI for the Festival from his home base of Niagara-on-the-Lake to host Taste of Tyne Valley.

The owner and head chef of Backhouse restaurant, Ryan first made his mark on the Canadian culinary scene as Executive Chef of the Stone Road Grille in Niagara on the Lake.  His previous pursuits have included co-founding The Happy Pig Farm and making his own wine with The Crawford Wine Project. At Backhouse, Ryan is deeply committed to showcasing local ingredients, including produce from his own 4-acre farm, and to minimizing food waste through creative culinary applications. He should feel right at home at Taste of Tyne Valley (September 12), where local ingredients will be the star of the show and community is at the heart of the experience. 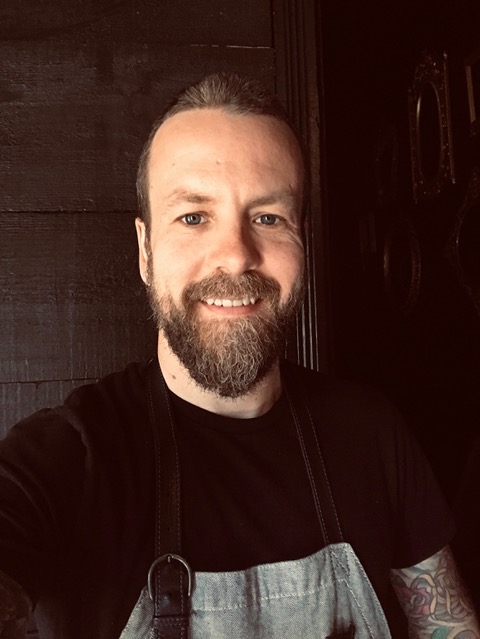 Coming to us from London, Ontario, Chef Justin Wolfe joins the Festival this year to host a Taste of North Rustico (September 27th). With 12 years of experience in the music industry and over 16 years in the culinary world, Chef Justin Wolfe’s passion for connecting food and art is the perfect match for the authentic kitchen party he’s going to be hosting.

Co-owner and head chef of Los Lobos London, Chef Justin Wolfe has made a name for himself as one half of the ‘Wolfe Pack’, comprised of him and his brother, Gregg. Together, they’ve brought fresh new culinary offerings to London with three distinctly different restaurants. Prior to becoming a full-time chef, Justin toured extensively as a musician. While he’s new as a Festival host, Justin is a repeat visitor to PEI and has helped out several years running at the Village Feast, a charity event based in Souris, PEI and hosted by Chef Michael Smith. 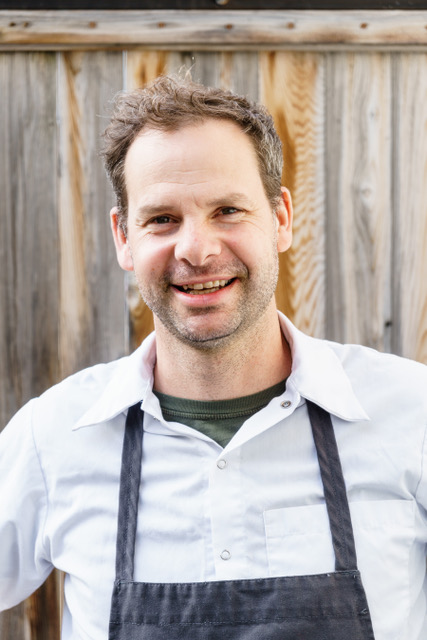 Toronto-based Chef Justin Cournoyer will be joining the Festival for the first time this year as host of Taste of Georgetown (September 5th).

Chef Justin owns and operates Actinolite Restaurant, named one of Canada’s best 100 restaurants AND Canada’s most eco-friendly restaurant. He is known for his passionate commitment to sourcing the freshest and most sustainably-grown ingredients, including many from the restaurant’s own urban garden and farm.

We can’t wait to see what he does with the familiar and less-familiar ingredients from Eastern PEI that will be featured at Taste of Georgetown!