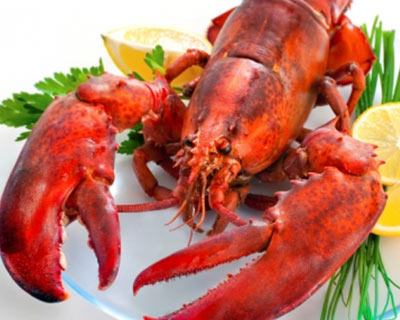 Lobster is a healthy choice. It is high in protein and low in fat and carbohydrates.