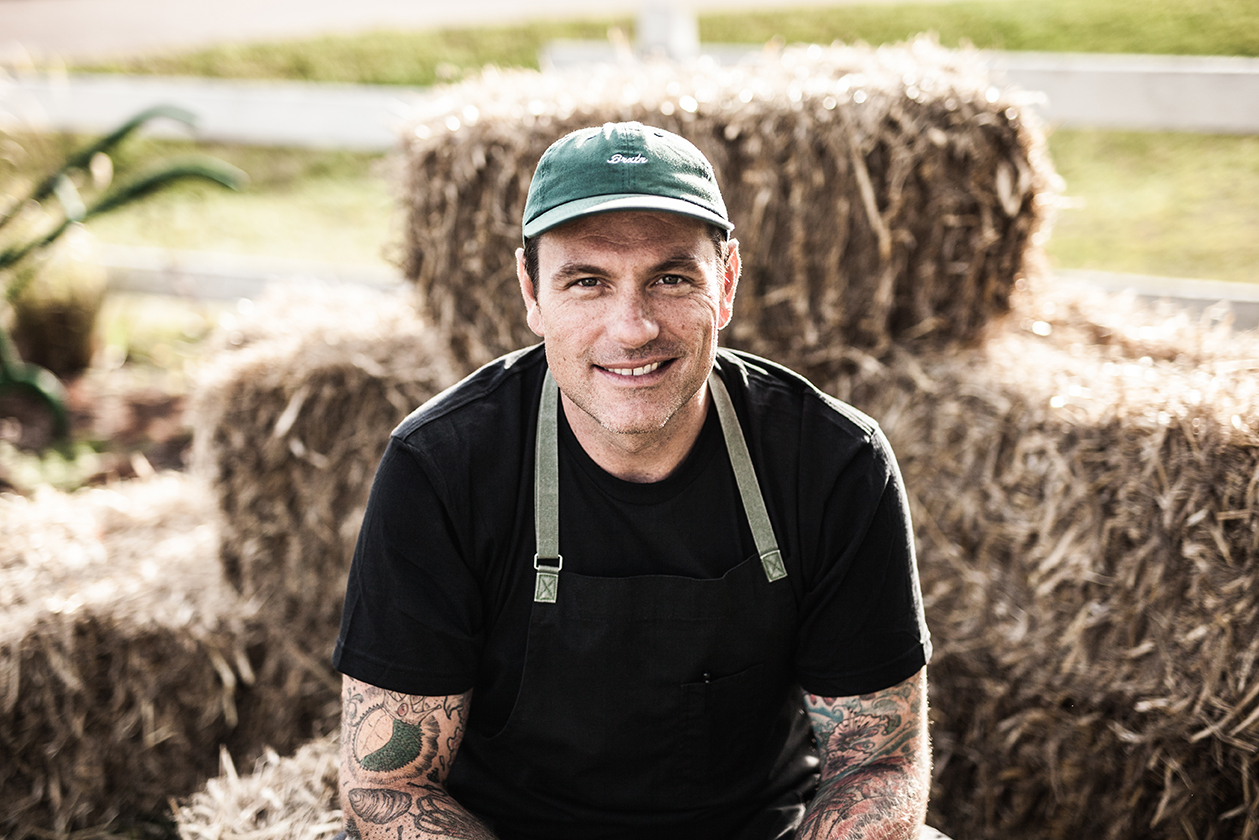 Chuck is the co-owner and executive chef of Montreal hot-spots, Garde Manger and Le Bremner.  He is also the talented star of such Food Network Canada and Cooking Channel (U.S.) shows as Chuck’s Day Off, Chuck’s Week Off and Chuck’s Eat The Street. His unbridled passion for entertaining translates into both memorable food and captivating television.

After going to culinary school and working in some of the hottest restaurants in Montreal he partnered with his two best friends and opened Garde Manger to rave reviews and packed seating.  In August 2011, he and his partners opened their second restaurant in Old Montreal – Le Bremner.

Five years ago Chuck and the team at Crown Salts first catered the VIP Artist World at Osheaga, Montreal’s renowned 3 day music and arts festival. Since then, every year Chuck and his team create an unforgettable dining experience for the more than the 100 appearing bands at the festival.

Some of the other highlights of Chuck’s celebrity cooking career include; becoming the youngest Canadian chef to win on Iron Chef America; starring with nine other celebrity chefs on The Next Iron Chef: Super Chefs; joining an all-star panel of judges on Chopped Canada as well as publishing two best-selling books for HarperCollins Canada, “Garde Manger” and “Chuck’s Day Off.”

Recently he starred in two Quebec series À couteaux tirés and La Relève and launched a line of highly anticipated food products.   My Kitchen Staples are delicious essential items such as olive oil, vinegars, jerk marinade, maple syrup and antipastos that Chuck uses in both his restaurants and at home.  All the staples are made by people he knows, trusts and gives credit for their quality. For example, My Greek Landlord’s Olive Oil is from his landlords’ olive groves in Crete, while My Apple Farmer’s Apple Cider Vinegar and My Woodsman’s Maple Syrup are crafted by small producers from where Chuck was born in the Montérégie region of Quebec.

My Kitchen Staples are currently available in over 100 stores across Quebec and in fine food stores across Canada.  Go to www.chuckhughes.ca to find the nearest one.